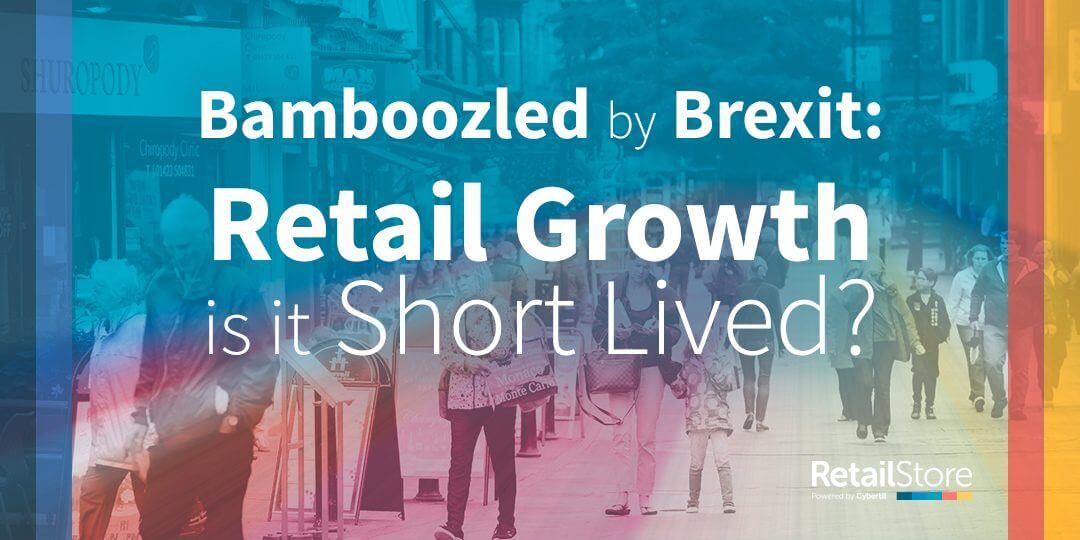 Shockwaves were sent throughout the global economy immediately after the Brexit vote in 2016, with the stark reality setting in for consumers and retailers alike.

Although there is still a lot of uncertainty surrounding the economy, retailers over the last three months have managed to achieve stronger growth than expected by experts as the British Retail Consortium-KPMG Sales Monitor shows a rise by 1.9% on a like-for-like basis.

Retail sales have managed to pick themselves up but the positive impact on retail growth could be short lived. Changes in inflation and the threat of further increases due to Brexit will impact consumer spending and their confidence in the market. Analysts warn that the UK economy will become a certain unfavourable reality despite the slight increase in sales – bamboozling times lie ahead for retailers during 2018.

Brexit effect on consumers and retailers

Brexit has left the UK economy in turmoil as experts are faced with muddled short and long-term predictions.

Amongst the chaos however, sits the consumer absorbing calculations from analysts and industry experts who deliver prognosis on the UK’s future, leaving them increasingly more under confident on the UK’s economic outlook.

A survey conducted by Lloyds Bank found that people were less confident about the UK’s financial situation which is the highest level seen in over 3 years. The added concerns around inflation has continued to build amongst consumers and retailers, suggesting an immense impact on future intentions.

Retail sales account for around 30% household spending, which in turn accounts for around 60% UK GDP. As consumer worries increase over the expected rise in inflation, loss of confidence in the UK’s economy, people saving less and the added pressure on disposable income could mean that any further squeeze onto consumer finances may have detrimental consequences on UK spending, ultimately hitting the retail industry hard.

Retailers to change course after Brexit

The economic impact and fears in decreased consumer spending as their finances become increasingly tighter means that retailers are left to absorb the cost that Brexit has brought to the UK economy.

Eventually retailers will have to share the burden of Brexit with consumers, as retail prices rise – either consumer spending lessens or retailers decide whether they can include these effects in their loss of margins. That said, some retailers are preparing for the worst and are seeking out new business opportunities Brexit will bring for the future.

Going international may just be the answer for British retail growth in 2018, increasing profit margins and targeting new customer bases across the globe. All things British are sought after, from the quintessential to the quirky, the stamp ‘Made in Britain’ could potentially create the advantage and USP our home-grown retailers have been looking for.

The fall in the pound has created an opportunity for British retailers to export internationally without the obligations and costs from the EU. The price advantage of the devalued pound will allow British brands to compete and rival other international brands.

Yet the technological challenges faced by British retailers may not provide them with the capability to take their brands worldwide. As a result, many British retailers both large and small, are investing into their backend technology systems and seeking out ways they can interact and capture a global market. Advancements in cloud technology enables retailers to interconnect in various languages and currencies by deploying a worldwide website that will enhance and grow their business globally.

With consumer confidence low and the UK economy gripped by the impact of Brexit, the only option it seems is for retailers to outlive this turmoil by adapting to it. Retailers need to invest heavily into their IT and technology systems to ride the wave of uncertainty and see retail growth in 2018 and beyond.

But for now, it seems we are all still bamboozled by Brexit.